The Sheriff's Office Criminal Investigations Division and Patrol Division have an interlocking working relationship with respect to crimes committed and reported.  With few exceptions, it is usually deputies assigned to our Patrol Division who initiate written reports of alleged criminal activity. These reports are forwarded to the Criminal Investigations Division where investigators begin the process of determining if the reported crimes actually occurred. Once the validity of a crime report is established, an investigation begins to identify the offender, recover any property stolen and develop a case that will result in the desired outcome: an arrest and conviction.

The Financial Crimes Section is charged with investigating a variety of financial crimes, including forgery, identity theft, and financial transaction card fraud.

The Violent Crimes Section focuses on crimes committed against the person, such as robbery, assault, sexual assaults, domestic violence, and missing persons. In addition with being staffed with Violent Crime Investigators to provide 24/7 coverage the Section also has specialized investigative units for Homicide, Sex Crimes, and Registered Sex Offenders.

Most investigations are initiated by the Patrol Division, and when possible resolved by patrol. However, some cases are more complex and may require the additional time and skill set, offered by CID, to bring the case to resolution. Cases may also be initiated directly by the Criminal Investigations Division.

The Criminal Investigations Division also responds to and assumes investigative authority over all major cases and crime scenes within Richmond County 24 hours a day 7 days a week. The Criminal Investigations Division works closely with other Local, State and Federal agencies. These agencies include the GBI, FBI, DEA, U.S. Customs, United States Secret Service, and ATF, to name a few.

The Criminal Investigations Division not only specializes in conducting broad based investigations, but also processing crime scenes, conducting surveillance and undercover operations. The Division also maintains the database on all Sexual Predators/Offenders that reside in Richmond County.

The Crime Scene Unit identifies, collects, preserves and conducts examinations of physical evidence recovered at crime scenes, accident locations and other investigations. The unit also provides technical assistance to the Sheriff’ Office staff, State Attorney, and other agencies as necessary. The members of the unit are trained on the use of alternate light sources, scientific chemical testing, advanced photography techniques, advanced fingerprint lifting techniques, and latent print examination. The unit can process any crime scene from a minor incident to major homicide. 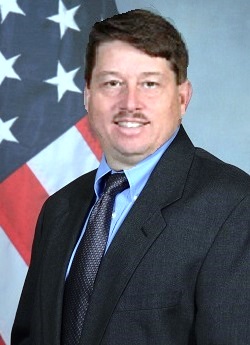