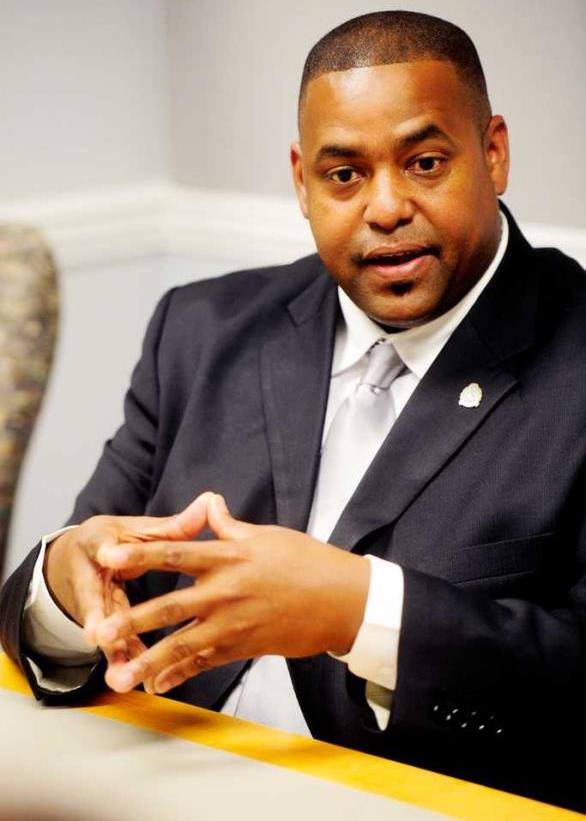 Richard Roundtree was elected Sheriff of Richmond County in 2012 and re-elected to his second four-year term in 2016.  When first elected, Sheriff Roundtree announced several initiatives, each designed to improve community relations and boost internal morale.

He created a citizens advisory board of 12 members, 10 appointed by individual Augusta Commission members, one appointed by the mayor and one student member appointed by the Richmond County Board of Education. He established the Citizen’s Academy, is a 12-week program that teaches participants about various aspects of the sheriff’s office and law enforcement.  He also formed a Youth Explorer program, for ages 14 to 20. This is a version of the Scout Explorer program with its focus on public safety.

He also created a Sheriff’s Council composed of deputies who serve as a conduit for ideas and concerns from deputies. This council provides his staff of more than 750 people a direct line of communications throughout the agency. To boost the size of the force, he implemented a Reserve Deputy Program. This program has relieved some of the pressure on deputies and a strained budget. The program provides unpaid volunteers who meet all the standards and training of regular deputies, including state certification.

As Sheriff, he has led the Sheriff's Office to partner with the community and various organizations to advance trust, improve transparency and enhance community engagement and awareness. He has increased public safety information sharing and connections through the use of social media, created a traffic division to help save lives on the streets of roads of Augusta-Richmond County and implemented body cameras on the street and in the detention center. He created a Community Services Division within the Sheriff’s Office and and has developed and promoted ongoing community programs, such as the neighborhood watch initiative and CHAMPS anti-drug program in county schools,

Sheriff Roundtree was born and raised in Augusta. He attended public schools in Richmond County and graduated from T.W. Josey High School where he was a standout student athlete. He was awarded a scholarship to play football at South Carolina State University and graduated with a Bachelor of Science degree in Criminal Justice in 1991. Sheriff Roundtree earned a Masters of Education in counseling and psychology from Troy State University in 2006.

Sheriff Roundtree attended the FBI National Academy in 2008 and believes in continual education and learning as a professional. Sheriff Roundtree has completed more than 3,000 hours of formal law enforcement training including:

Sheriff Roundtree has been an instructor for the local police academies for more than 25 years where he has taught a variety of topics including homicides, violent crimes and constitutional law.

Sheriff Roundtree believes and supports community involvement. He co-founded the Dad’s in Action organization, a mentoring group for at-risk children, and has served as Vice President of the Richmond County Council of PTAs. He also serves on the Board of Directors for Easter Seals of Augusta.